When it comes to the Earth, career decisions matter

Director of IT Operations

For many people, climate change disasters are things they read about or watch on the news. They are removed until they are not. For me, this moment was December 30, 2021. The alert on my phone read, “Grass fires burning in Boulder County.” I went to investigate and found a towering wall of dark smoke racing east at hurricane speed. This was no grass fire. This was a firestorm.

Investigation turned to evacuation. I called the kids on my way home: “You’ve got five minutes, pack a bag, we’re leaving.” Three kids, one dog, clothes for a night or two, medicine, passports, and a file of papers were stuffed into the truck. The sky blackened in the rearview mirror. Traffic crawled. Night eventually fell on the smoldering remains of 1,100 homes and businesses.

Strong wind events are common along Colorado’s Front Range. In fact, the National Renewable Energy Lab (NREL) built a facility here to stress test windmills. A firestorm in the middle of a Colorado winter is not common. Annual “hundred-year” weather events are not common. Nor are record droughts, rising seas, heat waves, and floods. We must all – individuals and companies alike – make every decision count to prevent these uncommon climate events from becoming commonplace.

Now, I admit I was a climate activist (circa 2015) long before becoming an evacuee. I read every book. Installed solar panels to charge my electric car. Recycled. Shopped locally. Installed LED bulbs and water-saving devices. I trained in Al Gore’s Climate Reality Leadership Corps, helped found its San Francisco chapter, and spoke at conferences and town hall meetings. While I’m sure these efforts helped incrementally, I knew it was going to take Corporate America to really move the needle. 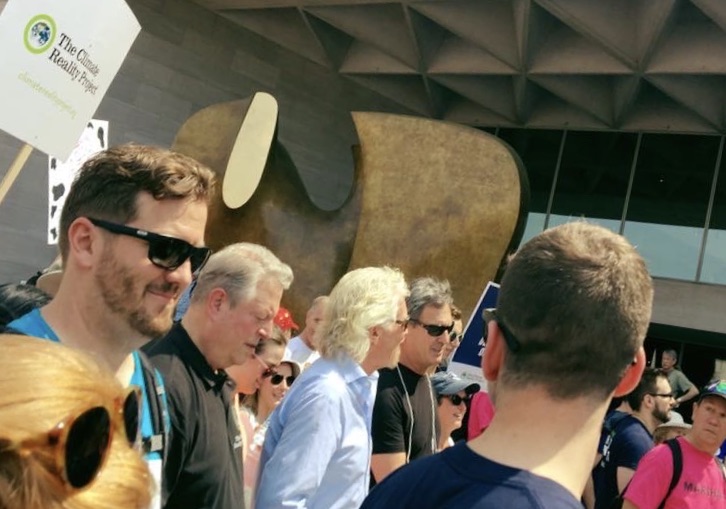 Four years and two cross-country moves later, I found what I was looking for. I found Outrider. A startup laser-focused on driving the rapid adoption of sustainable freight transportation by deploying zero-emission systems. In other words, we’ve standardized building our yard automation solution on electric yard truck platforms. When we’ve replaced the 50,000 diesel yard trucks in N. America with autonomous, electric yard trucks, we will have eliminated enough carbon dioxide emissions equal to an entire coal-firing plant. I knew this was the place where I’d apply my IT Operations know-how to a pursuit that, when fully realized, will make our carbon footprint significantly smaller.

And, I know that I’m in very good company. As a result of an Outrider survey⁺, employees in Corporate America are making career choices that will have a positive impact on the Planet. Of the 600 respondents, two-thirds said they would leave their current job for one with similar pay and benefits at a company with better sustainability practices. And, 55% said they’d even be willing to take a pay cut, at an average of $15,060, to work at a more sustainable company.

According to 65% of respondents, their companies have written and auditable sustainability measures. Yet, it takes more employees voting with their feet and their wallets to work for companies whose products themselves contribute to a livable planet. Where every hour you work, regardless of the work, contributes to the solution.

Take this advice from an old-time climate activist on Earth Day today. Your current skills are adequate. No advanced degree required. You can turn a wrench or tune an algorithm to be part of the solution. You can choose where to apply the talent you already have and you won’t be alone in doing so.

John Stein, Director of IT Operations

John leads the information technology team, which is responsible for applications, security, and infrastructure for both Outrider and customer deployments. John is passionate about working with companies focused on the environment, renewable energy, and decarbonizing our economy. John is an active member of the Climate Reality Project, a non-profit organization involved in education and advocacy related to climate change.

This week, Indiana became the latest US state to ban or greatly restrict ... READ MORE

Life@Outrider
Stand up for safety

Stand up for safety

Diversity and inclusion are existential necessities

As March comes to an end, we close two important months of the ... READ MORE

The latest news delivered to your inbox.